Transform your physique using my unique “Blood ‘n Guts” DYHIT Method, product of my 40+ years of fitness experience, that enabled me to win the prestigious Mr. Olympia title for 6 consecutive years!

“He’s been one of my idols in bodybuilding since I had an interest in it. I just saw the opportunity, you know. And even just having a discussion with him was worth it. I admire him. I wanna be like him. I think one of the things that I really resonated with him was his work ethic, and I think that I wanna emulate him in my life. I feel like having him as a coach would open up opportunities like getting to know him better, learning more from him, and basically use the tools that he has to build on experiences and implement them in my life.”
George
North Carolina, USA

Before I retired from bodybuilding in 2001, I won the Mr. Olympia title for 6 consecutive years from 1992 to 1997.  Since then it’s become my mission to help people reach their physique goals in the most time-efficient way possible.

It started when my family moved from our farm in Staffordshire to Birmingham, the second-largest city in Britain. The farm I grew up on was my world back then. I had to leave everything behind almost overnight.

This was during the troubling times of social unrest in the 80’s, I got myself into trouble while hanging out with my mates. I got sentenced to six months in prison at the Whatton Youth Detention Centre.

That’s where I discovered my talent for bodybuilding.

There was nothing better to do in prison so I started powerlifting to keep myself entertained… I noticed how quickly I was packing on muscle.

My fellow inmates and prison guards considered me to be the strongest inmate. I was always the first guy to finish the fitness circuits set by the prison guards. Then one of the guards, seeing my determination and strength, approached me… And told me to visit a powerlifting gym in Birmingham. 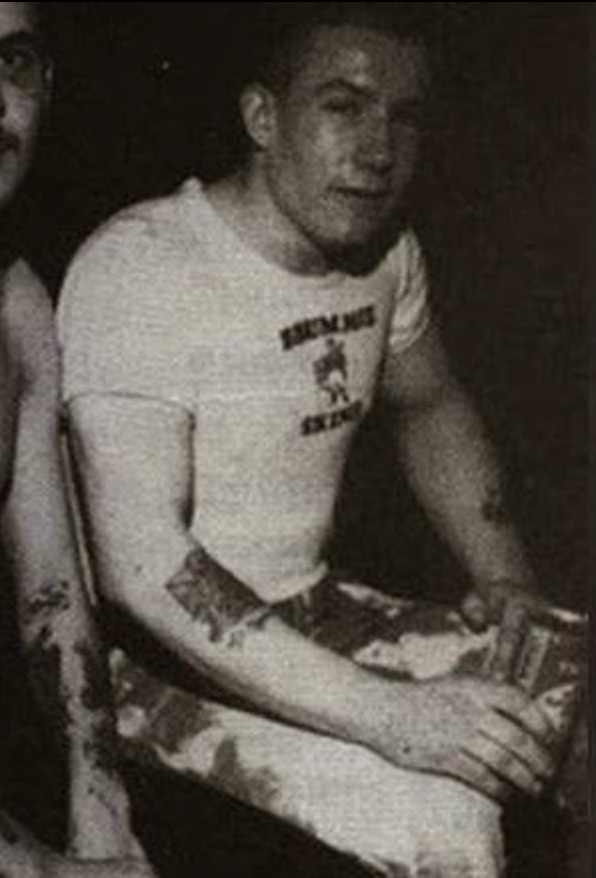 That changed the trajectory of my life…

I realised that I had something positive to work with… I already knew I didn’t belong in prison. Bodybuilding was my way out to a better life. From that day forward, I never looked back. I lived like a bodybuilding monk for 12 years – no partying, rarely having fun… All I did was train 4 times a week, eat, study, and sleep. And as you know, from 1992 to 1997, I won the Mr.Olympia title 6 times… Presenting my trademark “granite hardness” and monumental muscle mass. Which eventually earned me the nicknames: “The Game Changer” and “The 1st Mass Monster.”

Then in 1997, I tore my left tricep 3 weeks before the show…winning my 6th Mr.Olympia title.

Now, I’m a big believer that you have to listen to your body…

I logged every single workout that I ever did from 1984 to 1997 in a training log so I could get the best results and improve my performance.

So, with 40+ years of experience in fitness…. Training myself, bodybuilders, and everyday, regular people who simply want to get fit… Every person needs to find out the training methods and nutritional inputs that works best for them.

I’ve developed my own unique principles of training and nutrition after decades of trial and error… My methods are inspired by Arthur Jones’ Nautilus system and Mike Mentzer’s training program. That I’ve refined and applied to my clients to build their physiques… And helped me win my very first show to my 6th Mr.Olympia title.  This refined, ultimate performance training system is called the “Blood ‘n Guts” DYHIT Method… 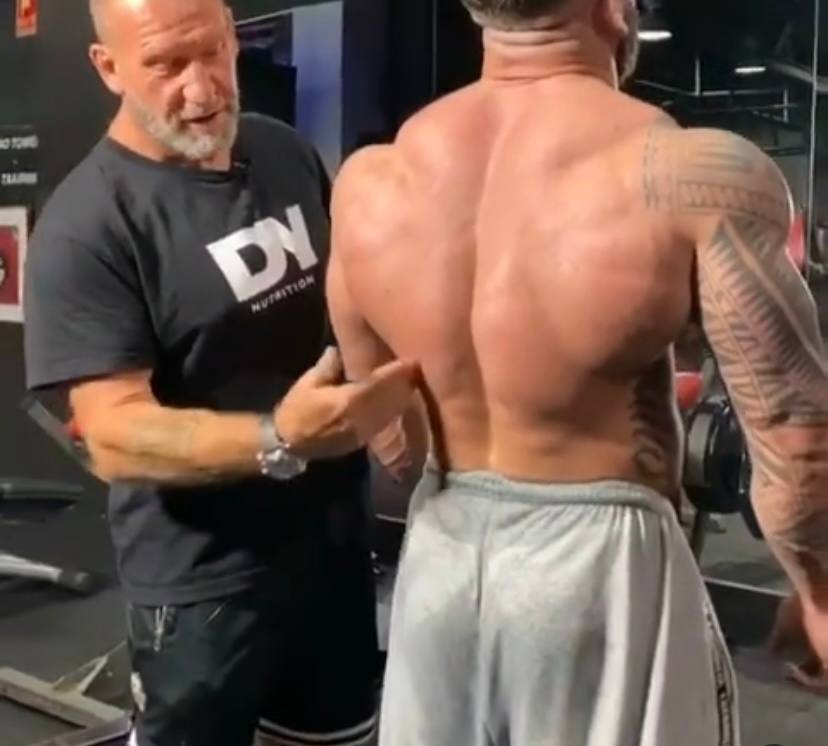 “I’m 52, I just started working out again about a year and a half ago. And completely changed my body composition, thanks and help a lot to Dorian. And my wife was like, you should post your story and post your progress, I think you might inspire people.”
Gary
New Jersey, USA
“To be honest, I’ve never had a coach before, so Dorian Yates is my first coach because, again, of trust. There are thousands of coaches around me and I just wouldn’t trust anyone that I would pay a certain amount of money to get me to where I want to be. So I always had in mind, Dorian Yates. So yeah, I reached my goal because I got Dorian Yates and that’s it.”
Kaja
Netherlands
“I like his style of training. What he’s saying in terms of training, there’s no sugar-coating and there's no playing around. I know on the internet, there are a lot of things and everyone says something different. Most of them are anecdotal experiences. But Dorian has been there, has done it and he knows it.”
Riyan
Saudi Arabia

The workouts are brief ranging from 45 minutes to 1 hour which usually happens 4-5 times per week. My formula is simple but often overlooked. We do 3-5 exercises per muscle group with the final set being absolute failure usually. We put maximum stress on the muscles to force the body to adapt to the stimuli.

You must be mentally prepared to do whatever it takes and have that burning desire to not stop! No chatter between sets, no selfies, just you, the weights, and tunnel vision mode!

Your nutrition is customised based on your preferences and fitness goals. Allergies, time for cooking, and money for grocery shopping are all taken into consideration so you have a nutrition plan that you can stick to while achieving your fitness goal. 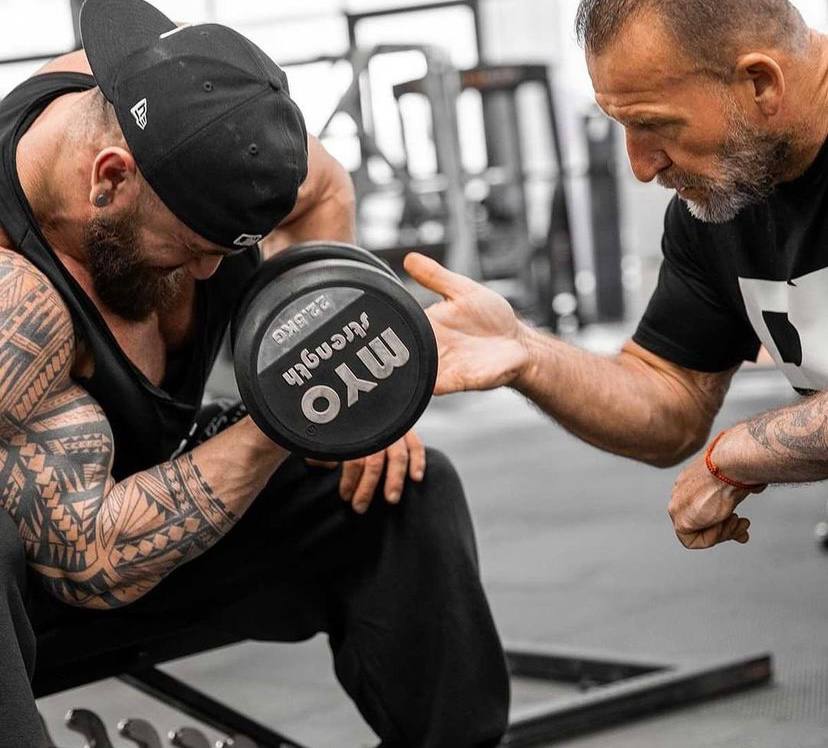 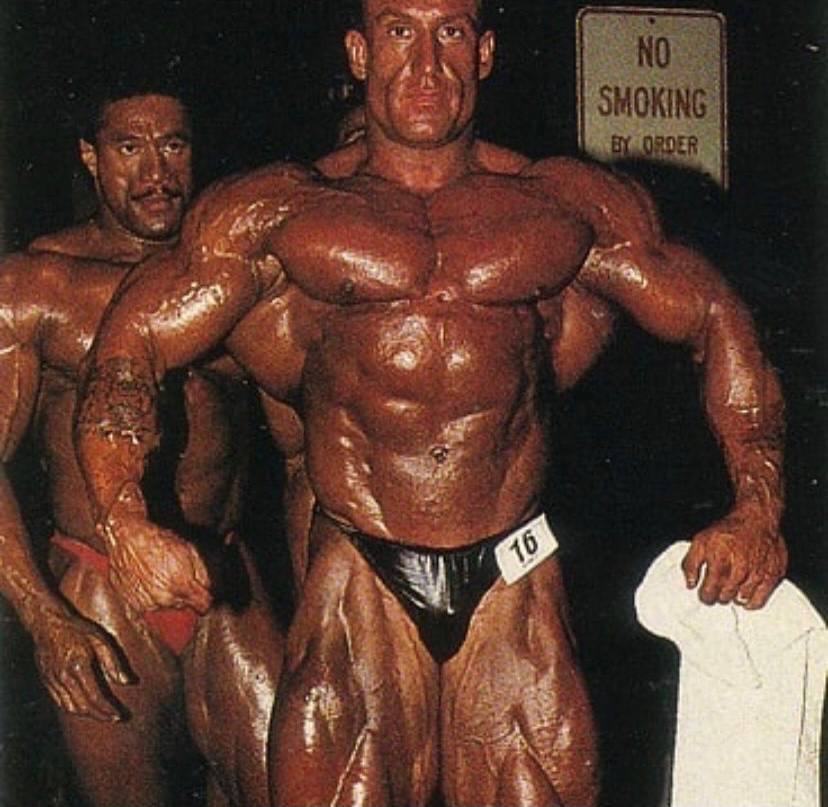 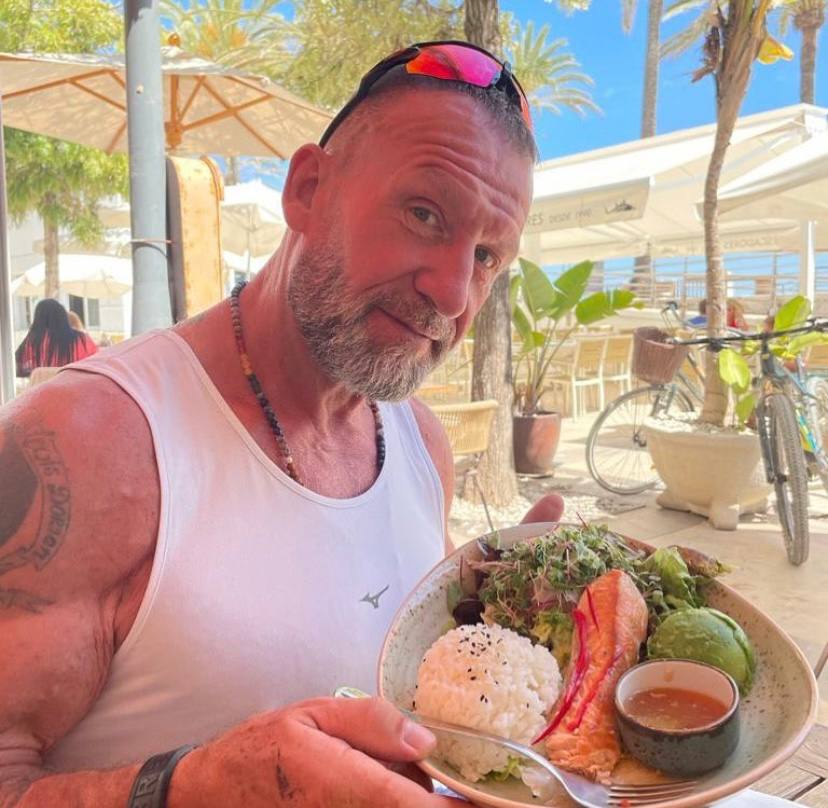 Ready To Transform Your Physique And Be Personally Trained By Myself? 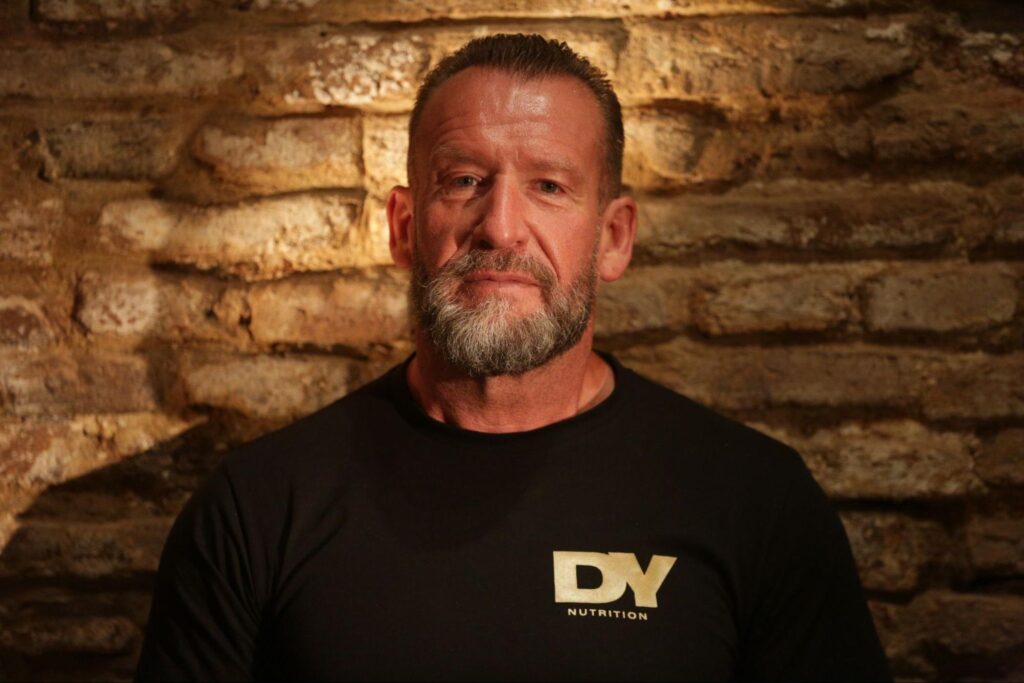 As a former professional bodybuilder myself, a certified personal trainer and fitness nutritironist, my mission is to help people reach their physique goals in the most time-efficient way possible.

Every person is unique. Depending on your fitness goals, health, and schedule, my “Blood n’ Guts” DYHIT training methods and nutritional inputs are tailored-fit and customised just for you. That way we can determine what works best for you and go tunnel vision on that.

I will give you the formula and mental strategies to go tunnel vision mode in the gym, if you put in the one ingredient I can’t do for you … Blood ‘n Guts Effort!

with the blood n' guts method, 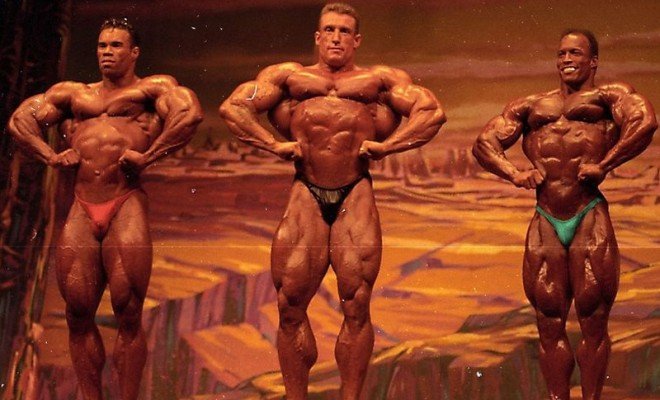 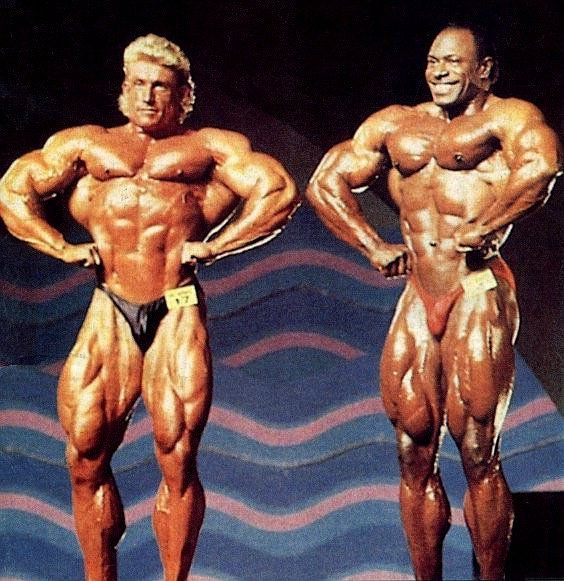 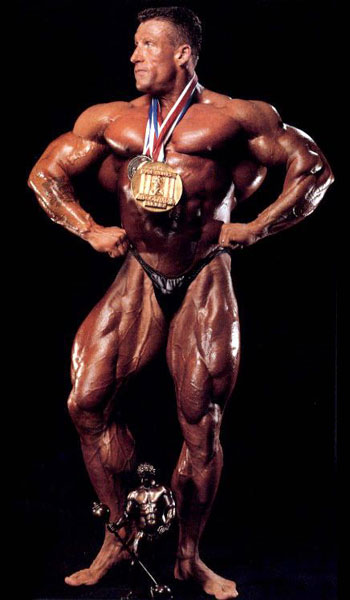 Ready To Transform Your Physique And Be Personally Trained By Myself?

You're only 16 weeks away from achieving your dream physique and a new life!

What is the 16-Week DYHIT Transformation Program?

Here’s where you’ll be in 16 weeks minimum from now:

How much is this going to cost?

Working with a 6x Mr. Olympia and fitness coach is not a free or cheap service. There will be a financial investment required. That being said, I make sure to price my coaching services so that they are affordable for anyone who is serious about making a drastic physical change. We offer payment plans and other options, so money should not be an issue if you are 100% committed to changing your life and body…

Who is the DYHIT Transformation Program for?

If that’s you, then apply for your 45-minute interview call with my team by clicking below to fill out a quick application form and I will message you back to pick a time to chat.

My time is limited so I’m only looking for people who are dedicated to their fitness goals.
So, please do not apply if you’re not serious about achieving your goals.

“I wanna take it one step further. I’m gonna sign on and see what it can really do for me. At 60, I’m looking forward to improve more and living a healthier life. Thanks Dorian.”

“I’m very happy with my progress so far. In the past few months, I’ve made some really solid gains, I just shot around 7 kilos (15lbs). Some fairly lean gains I made there. My body fat hasn’t really increased, like I expected it to from being in a calorie surplus. If anything, I look a little leaner than I did at the start.”

“I decided to get motivated by the best. To be honest, I’m shocked by the results. I’m satisfied I’m  a good weight, back in my routine, despite the fact that I’m overloaded with work. When my work volume increased around the holidays, Dorian’s team was on top of me. They modified it so I can actually still keep on going, which I’m very grateful for.”